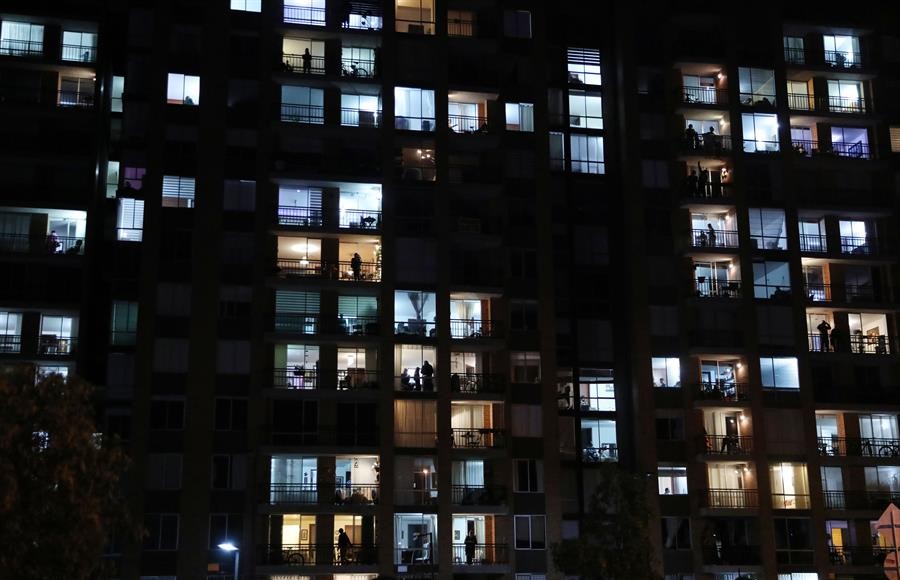 "Queremos aportar una serie de herramientas y variables para responder las preguntas cómo hacer seguimiento a las medidas adoptadas y evaluarlas en clave de derechos humanos y prevención de la arbitrariedad". / "we would like to highlight a series of tools and variables for responding to the question of how such measures should be monitored and evaluated in order to respect human rights and to prevent arbitrariness or abuse." |

Already in various cases, such measures have been used to consolidate governmental power and to weaken the opposition, often using the health crisis as a pretext.

A World of Emergency

The devastating impact of the COVID-19 pandemic has required – and will require for a considerable period of time – the adoption a series of policies in diverse sectors of society. In fact, states of emergency and the limitations on certain rights are at their zenith. According to the COVID-19 State of Emergency Data, there are currently declared states of emergency in 84 countries.

Experience shows the importance of exercising such powers with extreme caution. In fact, already in various cases, such measures have been used to consolidate governmental power and to weaken the opposition, often using the health crisis as a pretext. In other cases, the militarization of the crisis or its being used to impede democratic elections are both evident and concerning. Also of concern are measures that, under the excuse of attending the crisis, limit rights marginally related to the health crisis, such as in the case of lowering standards of prior consultation for indigenous groups or impeding access to voluntary abortions.

Without a doubt, the use of such powers and the scope of their restrictions will give rise to a wide array of debates regarding international and constitutional law, such as the legality of certain measures, the permitted scope of restrictions on rights, and constitutional review of such emergency measures, etc. (Some of these points are well-reflected in the following blogs: EJIL Talk, Verfassungsblog, HarvLawRev, Jurist).

In this regard, we would like to highlight a series of tools and variables for responding to the question of how such measures should be monitored and evaluated in order to respect human rights and to prevent arbitrariness or abuse.

Initial Responses to the Pandemic

International human rights organizations have been quick to remind States of their obligations in crisis situations. Some of the various pronouncements (UN SP, UN SR Freedom of Association, UN CESCR, IACtHR) have at least two prescriptions in common:

– Placing restrictions on rights is governed by very strict rules, and enacting states of emergencies is limited by international law (e.g. the duties of declaration and notification of exceptions, suspensions, and derogations).

– States have special obligations with regard to the most vulnerable and at-risk populations.

On the other hand, one of the positive developments of this crisis has been the rapid proliferation of comparative monitoring tools, which have been collectively developed. A few noteworthy examples are: the COVID-19 Civic Freedom Tracker, the COVID-19 State of Emergency Data, the Government Response Tracker, the Policy Responses To Covid-19 of the International Monetary Fund, #Tracker_19, the Tracking the Global Response to COVID-19 of Privacy International, and the COVID-19 and Persons Deprived of Liberty Information Hub.

These databases will be tremendously useful for international human rights organizations in monitoring the wide variety of measures to determine if governments are complying with their human rights obligations.

However, this comparative analysis will have to deal with the particular challenges that arise from each case. We believe that the following variables are crucial both for the design of comparative monitoring tools and for the analysis of information that will be supplied to international human rights bodies.

1. Context: Similar measures can tell a very different story, depending on historical features or junctures in certain countries, as well as the cultural aspects of the people groups living therein. For example, special attention should be given to the analysis of countries, which before the crisis were experiencing a constant deterioration of democratic guarantees and whose governments have used the crisis to deepen these processes (such as in Cambodia), or those countries which already were in democratic crises, such as Bolivia and Israel.

2. Manner of Implementation: The contrast between India and New Zealand says a lot about how the manner of implementation of a similar measure, such as confinement, reverberates in the perception of its legitimacy and impact on the restriction of rights. However, the fact that a measure is popular does not indicate that it responds better to guaranteeing human rights. In fact, in cases such as these, human rights bodies should be particularly suspicious.

3. Multiplicity of Responses and Norm Inflation: Part of the discussion on how States should proceed has centered on whether to implement measures related to a state of emergency or to use ordinary measures. However, the Colombian case demonstrates that, more than being a choice between the two, State responses will be multifaceted, which will complicate their monitoring.

The Colombian government declared a state of emergency and has enacted almost 190 measures to confront the COVID-19. However, many of these norms, especially some which are restrictive of rights, are being enacted through ordinary instruments, instead of through exceptional ones. In general, while the social and economic measures taken to alleviate the crisis have been justified through state of emergency powers, restrictions on movement and of other liberties have been enacted through a resolution by the Ministry of Health.

4. Political and Judicial Review: One variable that will have a significant effect in the manner in which measures are developed is the degree of review, by parliaments and courts, of the actions taken by the executive powers. Currently, the panorama is grey in many cases due to the limitations on assembly for many parliaments and courts. Additionally, some governments have closed the courts precisely to avoid judicial review of their measures (such as in Hungary, where the government closed the courts before closing the schools!).

Yet, even when there are courts, the pending debates are still difficult. The case of Colombia and its hybridized measures serve as an example. One question that today baffles Colombian experts is what to do with regard to measures taken based in ordinary norms (and that could be well-intentioned and necessary), but that do not comply with the constitutional procedures established to restore rights. In addition, constitutionalists and human rights defenders are wondering how to guarantee that judicial review is holistic and extends to all the measures, and not only to those that, by virtue of being legally grounded in the state of emergency, are automatically reviewed by the usually active Constitutional Court.

Behind this question is a legitimate concern of human rights defenders that governments will use a combination of the different measures to avoid review, and at the same time, politically legitimize their actions. In Colombia, for example, the political calculation that may have guided the government is that the Court would have greater deference to social and economic measures (thereby gaining legitimacy), and those measures that should have more intense judicial scrutiny would evade review.

Undoubtedly, the COVID-19 pandemic will put to the test the system of judicial review of rights limitations. A strict case-by-case monitoring will be necessary to prevent the dismantling of the system of rights restrictions and limitations. And, this is only a part of the agenda related to the pandemic and human rights.

Do you know the reach of the Special Jurisdiction for Peace?

Referendum Mechanisms for the Peace Accords in Colombia

Will Santos be the Savior of Land Restitution?

Transitional Justicie and the Peace Process in Colombia

Ecuador is Mistakenly following Venezuela’s Lead at the OAS

The second round of the Legal Framework for Peace

Petro’s Options and the Inter-American System of Human Rights