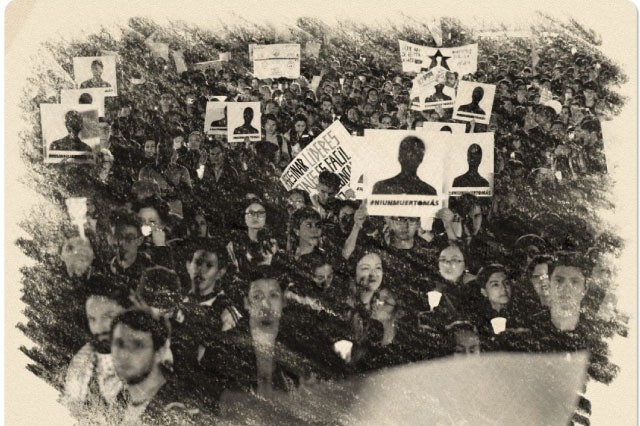 Leaders Assassinated in Colombia: how many are left out of the counts?

This analysis by Dejusticia and the Human Rights Data Analysis Group groups the information compiled by different organizations regarding the homicides of social leaders in the country and concludes, through a statistical method, that the problem has a greater magnitude than what is reported.

Every day, at least six organizations in Colombia register the deaths of social leaders that have been occurring after the signing of the Peace Agreement in 2016. Media, civil society organizations, official entities, and also international organizations carry out the counting, using different categories to estimate who is killing these social leaders.

But, is there any way to obtain more accurate data about the actual number of assassinations of social leaders? Researchers from Dejusticia and the Human Rights Data Analysis Group (HRDAG) apply a statistical model to understand how many total homicides there could actually be and to clarify how many of these murdered leaders are staying out of the counts.

Beyond the difference in the data, it is clear that there are multiple difficulties in keeping a complete record of homicides. For example, some social leaders could have been executed in isolated places; It is possible that the media does not always report the follow-ups of government entities or civil society, or that some cases can be seen as an enforced disappearance, and not as a homicide.

However, the difference between the figures has made it so that in the public debate the information is considered unreliable. In fact, the lack of unanimity between each different actor´s data has been used to weaken the diagnosis of the problem.

For this reason, at Dejusticia, we allied with the Human Rights Data Analysis Group (HRDAG), a United States organization that analyzes human rights violations using mathematics and that has already applied this methodology in estimating homicide figures in Kosovo and Syria, among others.

Our researchers performed the estimation with the input of the figures from six different institutions that monitor the evolution of the theme in Colombia. Data was taken from civil society organizations: Somos Defensores, Indepaz, and Cumbre Agraria, as well as the UN´s Office of the High Commissioner for Human Rights in Colombia, the Defensoría del Pueblo, and the international organization Front Line Defenders.

Based on their data, we estimate the total number of leaders killed in 2016 and 2017 through a methodology that allows one to include those cases that were never documented.

The methodology is known as Bayesian Non-Parametric Latent-Class Capture-Recapture (LCMCR for its acronym in English). The model takes the murders reported by the organizations one by one, and based on the analysis of the number of matching cases among them, estimates the homicides that were never documented.

When applying the method, it was possible to verify that there is an undercount in the assassinations of social leaders in the country, even by the organizations that made the most reports.

Even though there is disparity among the data presented by organizations – since each entity has different resources, different sources of information, and differential access to the territories – this independent monitoring is important and necessary because it provides Colombia with an indispensable context about what is occurring with these selective assassinations of leaders.

Contrary to the traditional argument that the disparity of the figures generates uncertainty, if the work of each of the organizations is taken and analyzed in conjunction with the panorama that they present, the results reflect a closer approximation to reality. This consolidation of information makes it possible to perform studies like this, which broaden the scope of analysis of the situation.

The study shows that the violence against social leaders is greater than that reported by the organizations and, in addition, that lethal violence did increase between 2016 and 2017, probably by 10% or more. Therefore, it is urgent that effective measures be taken to end to this problem, and at the same time, it is necessary to listen to the requests of social leaders´ organizations.

The statistical model that was applied in the analysis is known as Bayesian Non-Parametric Latent-Class Capture-Recapture (LCMCR for its acronym in English), which allows one to statistically estimate the number of social leaders assassinated, taking as input the reports made by different organizations that monitor this problem.

The methodology requires that there be a single database in which the data of each of the listings is consolidated. Therefore, the first task of the researchers was to take the six lists and analyze case by case the common accounts of the organizations, taking into account that occasionally, the way to write the name, date, or municipality of the same murder case varies among organizations.

At the end of the verification of the intersections between the cases reported by the organizations, there was a single database which included the name of the social leader, their last name, sex, date of assassination, and municipality and department of murder.

Having this unique database as input, which reflects the total number of cases reported by the 6 organizations assuming each of them had a record of each of the homicides, the researchers used the software for the statistical analysis “R,” in which they applied the mathematical formulas corresponding to the LCMCR model.

Understanding the basis of this statistical method requires advanced knowledge of mathematical concepts,* which is why researchers usually resort to analogies to make it more understandable: capture and recapture methods are widely used to estimate, for example, the size of a population of animals. Biologists install traps in areas where they want to measure the number of individuals that make up a population. Every time an individual gets caught in a trap, the scientists register it and put an identification on it to recognize it if it gets caught again in a trap. If this happens, the scientists report that the individual got caught again. By intuition, if the same individuals get caught in the traps constantly, it can be concluded that the population of that species is very close to that registered by biologists. This is because if it were a very large population, new individuals would come to the traps each time.

In the case of the assassination of social leaders, LCMCR is based on the common accounts of organizations as well as those cases that were identified only by one organization, or by two and or more, to estimate the size of the universe. The methodology used allows one to measure the size of the universe of murdered social leaders. Going back to the analogy, it uses the incidents of the homicides in the different databases (equivalent to the recapture of the animals) to estimate the size of the total universe. This is done taking into account the possible factors that could lead to the non-random registration of murders.**

* To know more about the mathematical development of the methodology you can go to this link.

** To access another simple explanation of the methodology, you can go to this link.

Dejusticia is a center for legal and social studies located in Bogotá, Colombia, dedicated to the strengthening of the Rule of Law and the promotion of human rights in Colombia and in the Global South. This organization works for social change through research, litigation, training programs, communication strategies, and public policy proposals.

Human Rights Data Analysis Group (HRDAG) is a non-profit organization that uses science rigorously to analyze the violation of human rights around the world. Its statistical work has been used by truth commissions, international tribunals, and non-governmental organizations on 5 continents. At the beginning of 2018, Patrick Ball received the Karl E. Peace Award, which recognizes statisticians who have made substantial contributions to the statistical profession which have led to improvements in the human condition.

If you would like to get an interview with any of the researchers, you can contact Dejusticia’s Communications Office: