The best way to face the challenges posed by the implementation of the Peace Accord in rural policies and to pay off the historic debt to Colombian peasants is to deepen the restitution efforts and to integrate them to a broader agrarian policy.

With the signing of the “Final Agreement for ending the conflict and building a stable and lasting peace,” Colombia enters a new phase. We now face the challenge of fulfilling the ambitious and necessary promises of the agreement. The creation of new rural policies and the regulation of agricultural structures are at the heart of the peacebuilding agenda.

The discussion on political transition and transitional justice can be used as a gateway to the implementation of rurality policies, including access to land and rural production. Given the specificity of the Colombian conflict, the country’s institutional path (both in its successes and its failures) and the moment of political openness brought by the post-conflict phase, Colombia should reinforce its transitional justice policies focused on land restitution and complement them with comprehensive policies on land access and use.

The best way to deal with the immense challenges of transforming rural relations in the country is to deepen the current restitution efforts and integrating them in a broader policy, which should be designed in coordination and based on the positive experiences of recent land restitution processes.

History shows enormous debts of the Colombian institutionality with rural problems. And the implementation of the agreements brings again an opportunity to pay off a historical debt to Colombian peasants and to avoid the repetition of the multiple failures of the past. 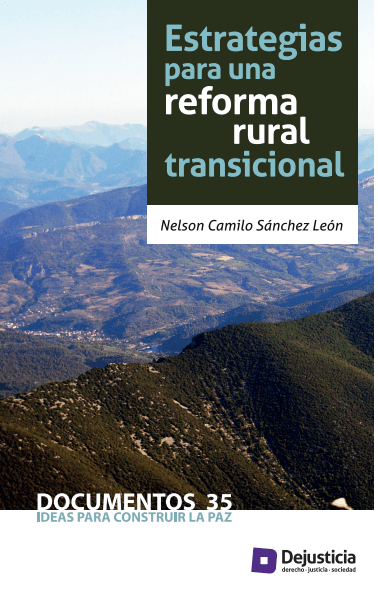 Justice to Achieve Peace: Heinous Crimes, the Right to Negotiated Peace and Justice