In August 2016, Educar Consumidores, a non-profit organization that works for the implementation of health policies in Colombia, launched a commercial that was broadcast on television and also several radio stations in the country that showed the sugar quantities of several sugary drinks. Postobón S.A., a Colombian sugary drinks company, filed a proceeding against the commercial for alleged “false advertising”.

In a decision dated September 7, 2016, the Superintendency of Industry and Commerce (SIC), a Colombian entity responsible for monitoring consumer rights, issued Resolution 59.176, ordering Educar to stop broadcasting the commercial in all the media channels where it was circulating, including the internet. Additionally, it ordered Educar to “forward to the Superintendence of Industry and Commerce any advertising piece related to the consumption of sugary drinks […] before its broadcast so preventive control over the information can be carried out”.

Some important aspects of the decision that the Court made were: 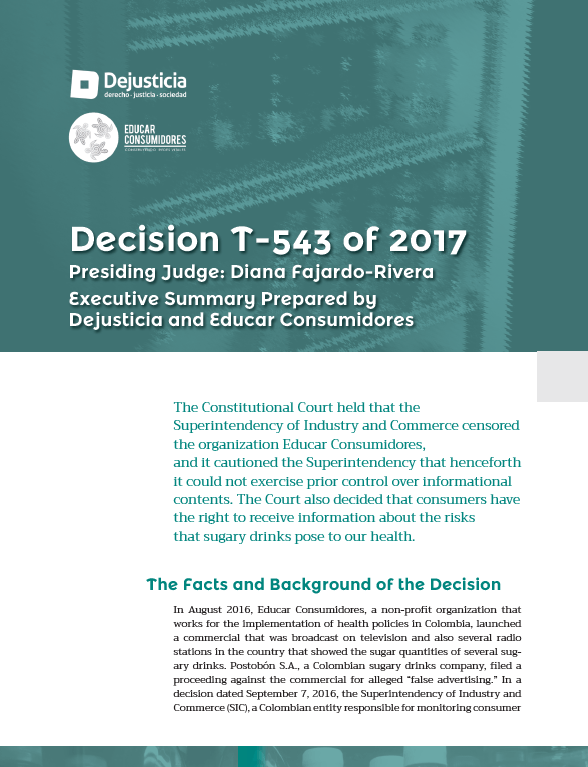