This report presents the results of the most recent study by the Research Consortium on Drugs and the Law (Colectivo de Estudios Drogas y Derecho, CEDD). The study, entitled “In Search of Rights: Drug Users and State Responses in Latin America,” analyzes States’ responses to the consumption of illicitly used drugs, focusing on two key areas–criminal justice responses and health responses–in eight Latin American countries: Argentina, Bolivia, Brazil, Colombia, Ecuador, Mexico, Peru, and Uruguay. An international consensus appears to be emerging that drug use is not a criminal matter, but a health issue. Nevertheless, as shown by the country investigations that are part of this study, Latin American government responses to the use of illicit substances remain predominantly punitive and handled through the criminal justice system; it is through judicial, rather than healthcare, institutions that states address the illicit use of drugs and drug users. Even in countries in which drug use is not a crime, persistent criminalization of drug users is found. 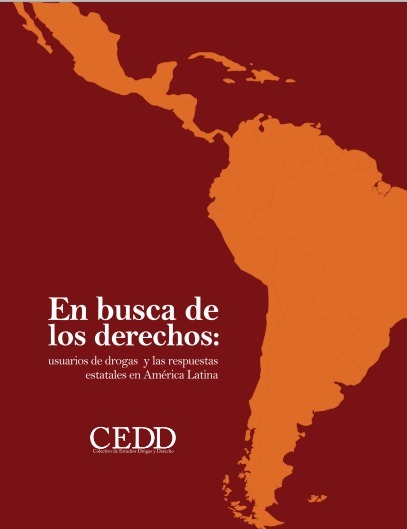