The teaching tools presented below aim to offer a database that will allow officials to quickly consult some of the most common challenges in their daily work.

According to the First National Survey of Victims by the Comptroller General of the Republic, between 2012 and 2013, approximately 7,073,897 hectares of land were dispossessed and abandoned in Colombia. This situation has affected the physical integrity and livelihoods of the victims, reduced the annual growth of the agricultural economy, destroyed community ties, and hampered the consolidation of the rule of law, democracy and peace.

The objective of land restitution is no other than the consolidation of a real rule of law and a democracy under the idea that it is not legitimate or acceptable to reactivate the agrarian economy ignoring the illegality that underlies it.

However, this process of restitution has faced enormous difficulties. The war continues and many of the powers that have been behind land dispossession continue to dominate in many regions. The security challenges are enormous, not only for the victims, but also for the officials who implement the restitution policy. In addition, there are very serious and difficult legal problems.

These training materials seek to make a modest, but important contribution to the process of rebuilding citizen trust in institutions by formulating action methodologies to face these legal and technical challenges. The main objective is to offer a series of tools to the officials responsible of processing land restitution requests in order to facilitate their work in the field. 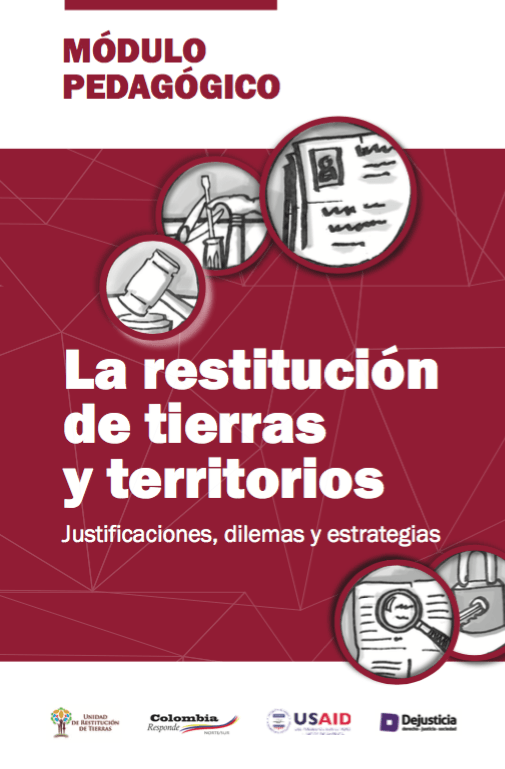