The study analyzes participatory scenarios involving not only victims but also civil society in a broader sense, as the latter has also been very important for the promotion, adoption, and implementation of transitional justice measures.

“Participation in Transitional Justice Measures: A comparative Studies” offers and critical study of participatory experiences in transitional justice. Based on a detailed study of 35 transitional justice experiences from 20 countries, the document explores the different scenarios that have allowed victims and civil society to participate in the promotion, adoption, and implementation of measures related to truth, justice, reparation, and guarantees of non-recurrence, and illustrates the potentials and limitations of such participation in different contexts.

The book begins by identifying the general objectives that participation in transitional justice measures can pursue (expression of viewponits, incidence on outcomes, and transformation of power relationships), as well as the demands they impose and the possibilities that have to be satisfied.

The following parts of the book analyze how these objectives may or may not be satisfied in the participatory scenarios that are available in the different transitional justice moments: the promotion, adoption, and implementation of transitional justice measures. Such scenarios include the promotion (by civil society or governments) of measures for truth-seeking, justice, reparation, and to guarantee non-recurrence; the deliberation, prior consultation, and ratification of the measures that will be officially adopted; and participation in the implementation of each of these measures through the establishment of entities, the procedures that are developed, and their monitoring or dissemination, among others.

For further reference, the book contains an annex that describes the analyzed cases in detail. 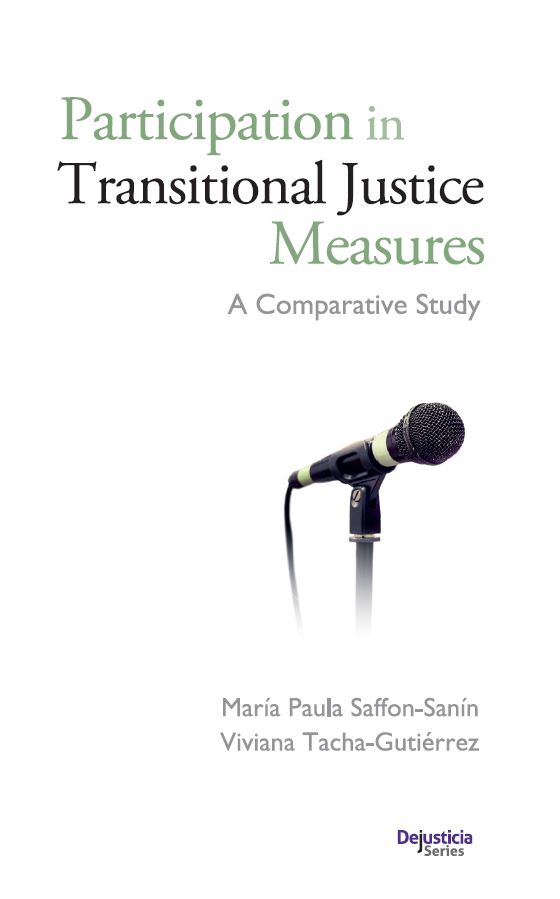 Silence is Not Possible Anymore

Victims for the Search for Truth and Reparation in Colombia