This book by César Rodríguez Garavito and Diana Rodríguez Franco is a fundamental contribution to the study of the most relevant judicial innovations courts have done in the past decade.

From time to time, legal systems in Latin America have undergone a number of transformations, such as the creation of new litigation practices geared towards social change and structural reform. Faced with these experiences, which until recently were unthinkable in the region’s formalist legal environments, the courts are beginning to offer original answers on which there is still much to investigate, rather than theorizing.

This book by César Rodríguez Garavito and Diana Rodríguez Franco constitutes a fundamental contribution in the study of the most relevant judicial innovations that courts have made in the last decade. Like all great works, Radical Deprivation on Trial makes important contributions at the conceptual, methodological and theoretical levels. 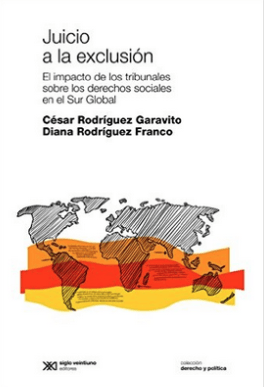 Justice through Transitions: Conflict, Peacemaking and Human Rights in the Global South

Fighting the tide: Human Rights and Environmental Justice in the Global South

Legal Framework for the Sugary Drinks Tax in Colombia