Using empirical evidence from state-administered exams, this book shows how public education in Colombia is a segregated system. It is a system that is separate and unequal, violating the right to non-discrimination and equal opportunity enshrined in Colombia´s Constitution.

In Colombia, the Constitution, public speeches and institutions generally give the impression that we have a society that is much more open, mobile and malleable than it actually exists. It is enough to look at the genealogies of Colombian society to see how easily the social status of families has been reproduced from father to son since time immemorial.

This book shows, through an empirical research based on the analysis of the results of the State exam, how basic education in Colombia resembles a system of segregation, a system of separate and unequal, that violates the right to non-discrimination and equal opportunities enshrined in the Constitution. 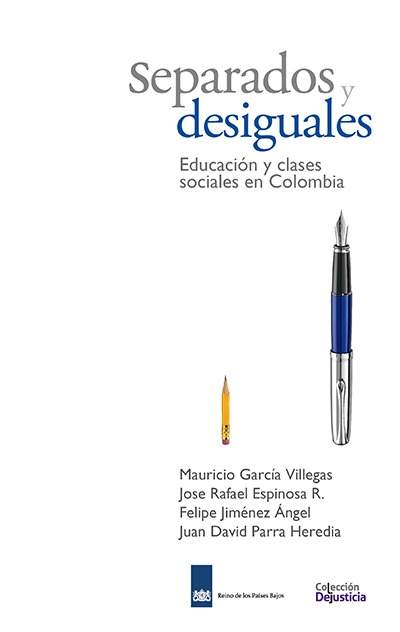