This book is part of the collection Documents for Peacebuilding in which Dejusticia presents ideas to face the complex challenge of building a stable and lasting peace in the post-agreement period. This specific document addresses the need to strengthen the national judicial system in an articulated manner and with an emphasis on rural areas and on overcoming the armed justice that operates in many places.

In several regions of Colombia, the State is not fully consolidated because society is not completely pacified, the rule of law has not been imposed, the state has not been democratized, and social inequality has not been overcome. What makes the task of strengthening the State and building a social and democratic rule of law  in these territories even more difficult is that the purposes of pacification, limitation of power, democratization, and search for a certain material equality should be pursued simultaneously and not in a staggered manner, which would be the easier route. In other words, the strengthening of the State in Colombia cannot be achieved “by ignoring the principles of the rule of law, blocking democratic participation or forgetting social justice” (Uprimny, 2001, p.95). Therefore, the design and implementation of a robust justice system is an essential aspect in the titanic task of strengthening a social and democratic rule of law in the regions of the country where this has not yet been achieved.

And among all the tasks that the State must undertake to build a stable and lasting peace, the judicial system cannot be forgotten. In any case, despite its importance, there are other factors that influence institutional strengthening throughout the national territory.

The objective of this text, which is divided into three parts, is to think of a comprehensive judicial system that helps consolidate the State for the construction of a lasting peace and serves as a mechanism for, in many cases, effectively replacing illegal armed groups and preventing their resurgence. The first part of the document presents a diagnosis of the justice system in the Colombian territory. To do so, it describes its architecture, violent conflict in the country, departments and municipalities, and the functioning of armed justice. The second part presents two major challenges that, in our opinion, the justice system is facing: the strengthening of an articulated and legitimate system across the national territory with an emphasis on rural areas; and the overcoming of armed justice, which operates in many places. The relevance of this last issue lies in the fact that the peasant community has an instrumental and non-ideological relationship with illegal armed groups, which means that the State must provide justice services that are in accordance with the needs of the peasants and that satisfy their expectations. Otherwise, other groups could eventually arise and replace the state with justice mechanisms more in tune with peasant reality. In the last part, we present some public policy proposals  to design and implement a justice system that responds to the identified challenges.

This book is part of the series Documents for Peacebuilding, in which Dejusticia presents ideas to face the complex challenge of building a stable and lasting peace in the post-agreement period. The collection emphasizes diagnostics and proposals for the short and medium term, although the fundamental transformations will take several decades. Just as it took a quarter of a century to crystallize the peaceful aspiration of the 1991 Constitution, it will take even more time to finish laying the foundations of a less unequal and unjust society where, at last, lasting peace takes root. The documents of the series explore a variety of topics that correspond to the lines of work of Dejusticia. These include transitional justice, land policies, environmental justice, access to information, the rights of indigenous and Afro-descendant peoples, gender justice, judicial reform, drug policy and financing peace. 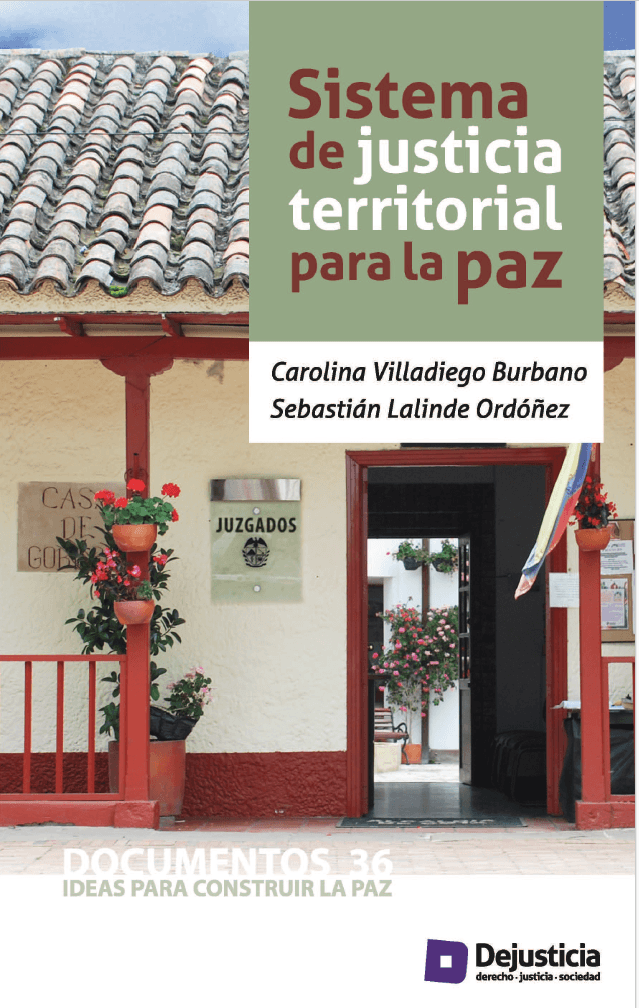 Reimagining the Future of Human Rights

Migration and Decent Work: Challenges for the Global South

IN FOCUS: Facial Recognition Tech Stories and Rights Harms from around the World

Protecting Human Rights on the Ground