The Multithematic and Diverse Justice Reform in Latin America

This article deals with reforms to the justice system in various Latin American countries across the 20th century.

In the twentieth century, several Latin American countries reformed their justice systems. The changes were multi-thematic, generated new institutional designs and responded to various objectives.The reforms were of three types: (1) substantive, which recognized fundamental rights; 2) related to the structure of the justice system; And, 3) procedural, oriented to generate new procedural schemes.

The reforms involved constitutional changes that recognized legal pluralism and enshrined certain rights for specific populations. Those that modified the structure of the justice system included changes to government and judicial management, implementation of specialized tribunals for conflict resolution, transfer of cases to administrative authorities, and expansion of alternative mechanisms to judicial process.

The procedures involved the design of special mechanisms for the protection of constitutional rights and the development of new procedural schemes for civil, labor and family matters, among others.It was demonstrated that the success of the reforms depends on the process of implementation, monitoring and evaluation, since the normative designs by themselves do not transform the practices or the legal culture.One problem with the reforms has been their lack of evaluation.

The electronic copy of this text is not available. 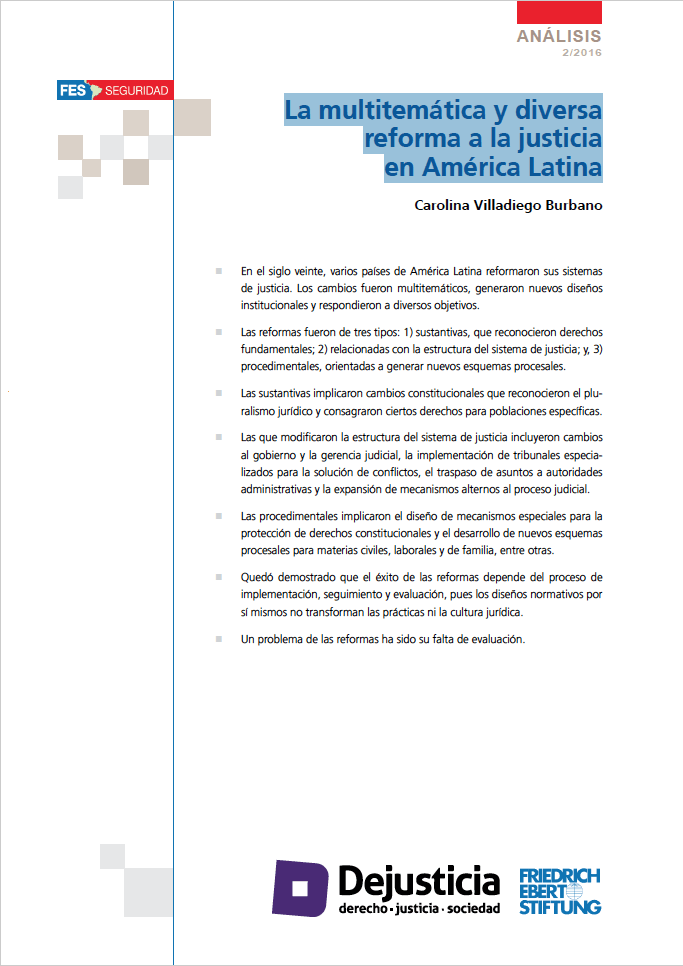 Governance and Administration of the Judiciary