This book defends the idea that people living in isolated territories have a right to institutional assistance; in other words, they have a right to government. Not just to any government, but one that that protects their dignity and their rights.

Institutional abandonment is not a matter of some exceptional cases; they are not only communities lost in the national geography. According to calculations shown in this book, the areas of institutional apartheid occupy more than 50% of the national territory and in them live more than six million people. The central state has, in front of these territories and in front of these populations, a historical debt that must be paid and, from the constitutional point of view, represents a systematic and flagrant violation of citizens’ rights, similar (possibly worse) to those that the jurisprudence of the Constitutional Court has defined as “unconstitutional state of affairs”.

This book defends the idea that people living in those territories have a right to institutional protection; That is, a right to have a State. Not to any State, of course, but to a social state that protects them in their dignity and their rights. 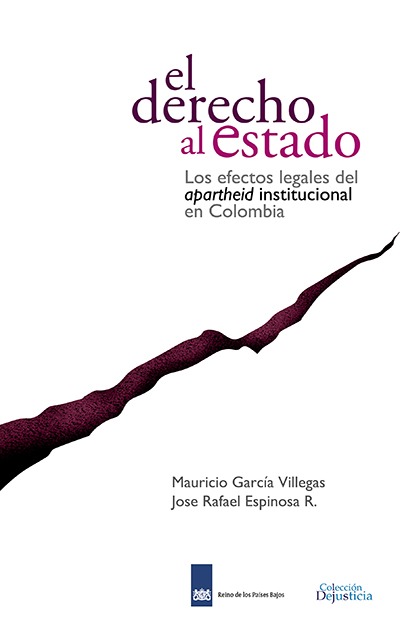