The drive to conduct this research was born out of the tension that developed on May of 2017 in the context of the journalistic coverage of the exhumations of those who died in the Bojayá massacre.

Thus, this document has the purpose of asking and answering, from a socio-legal perspective, the following question: How can the events related to the armed conflict and to the transition to peace be narrated without violating the right to privacy of the victims? Or, how can a journalist record a dramatic event or recount an injuste that moves readers while respecting the limits of the private lives of the victims?

To answer the question, this document examines the tensions between rights that can arise out of narrating the transition to peace as part of the journalistic profession, with the hope that the conclusion set forth is valid not only for the Bojayá case, but also in future transition years, as both victims and society in general benefit from a free and responsible press and the respect for private lives. 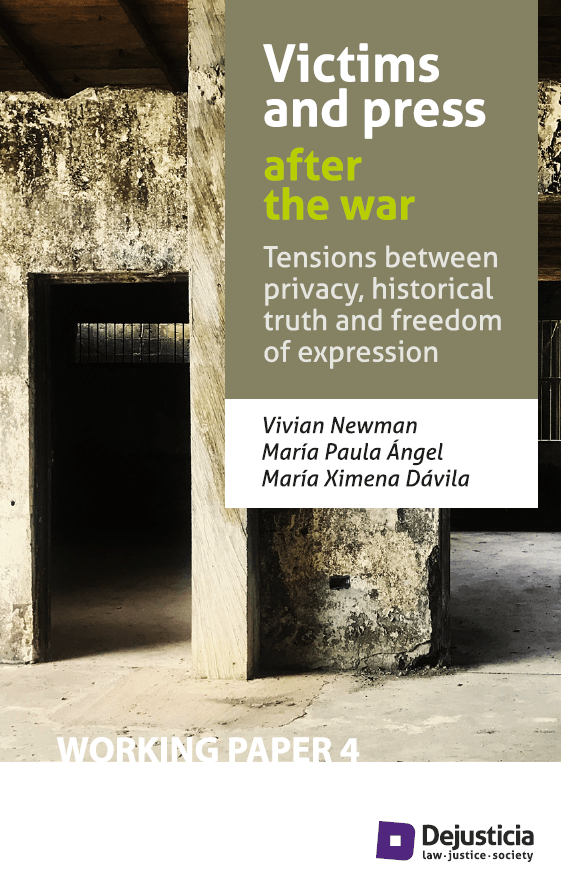