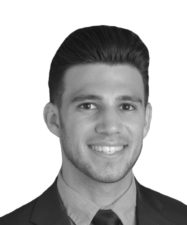 Aaron Alfredo Acosta is a licensed California attorney focused on international human rights. Before joining Dejusticia, Aaron studied law at UCLA School of Law, where he received his Juris Doctor with a specialization in international and comparative law. During the course of his legal education at UCLA, Aaron had the opportunity to work at the International Criminal Tribunal for the former Yugoslavia and International Justice Mission, an organization committed to the protection of vulnerable populations and the strengthening of the rule of law.

Additionally, Aaron has worked extensively on Latin American affairs. Specifically, he provided legal assistance to two human rights organizations in Honduras, where he drafted a petition for the Inter-American Commission on Human Rights. Some of his writings focus on the intervention of the ICC in Colombia and the policies of the United States and the European Union towards the FARC-EP in Colombia.