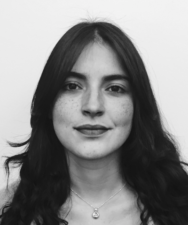 Carolina earned a B.A. in journalism from the University of Antioquia and has dedicated her professional life mainly to investigative and narrative journalism in the press. She worked for six years in the newspaper El Espectador and for more than a year in Semana magazine. Her work has focused on environmental journalism and social issues, an approach that she consolidated in the course “Latin American journalism as an agent and leader in social development” of the Technological Institute of Monterrey (Mexico).

In 2008, she received the Álvaro Gómez Hurtado journalism award and in 2017 the CPB (Bogota Journalists Circle Award) for a multimedia group work on the problem of antipersonnel mines in the country.

Why people do not like the new Police Code