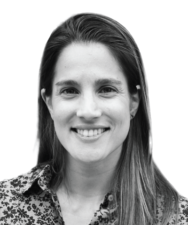 Diana holds a PhD in Sociology from Northwestern University. She holds a M.A. (Sociology) from Northwestern University, a LLB from the University of Los Andes (Colombia) and a B.A. in Economics. She is the director of the Environmental Justice thematic line at Dejusticia. Her work focuses on environmental democracy, comparative environmental politics, and the political economy of development. In addition, she has carried research on forced displacement, intellectual property, taxes and implementation of judicial sentences.

Diana Rodríguez Franco was Deputy Director and researcher of the Center for Law, Justice, and Society — Dejusticia.

Why Are the Regulations of the New National Development Plan Regarding Paramos and Development Projects of National Strategic Interest Unconstitutional?

The Pebble in the Shoe of Latin America

Let’s Be Serious: Popular Consultations for Mining Projects Are Viable

Where Are Taxes in Human Rights?

Did the Amazon’s lifesaver get punctured?

Fracking Lessons for the Global South

Courts and Forced Displacement: International Lessons from the Colombian Paradox

Santurbán and the Minister: Why Arrieta isn’t right

The 970 and the future of seeds

Chapter 7 of “Lawyers and the Construction of Transnational Justice”

The Colombian Constitutional Court’s Response to the Accountability Challenge: the Case of the Displaced Persons

What about the internally displaced people?

The paradoxes of the FTA

Is the Free Trade Agreement Constitutional?

Amicus Curae in Popular Action Case against the Omission of the Ministry of Mines, the National Mining Agency, and Other Entities Responsible for Extending the “Mining Moratorium”

Courts and Social Change: How the Constitutional Court Changed Forced Displacement in Colombia

Is The Free Trade Agreement between the United States and Colombia Constitutional?

The Free Trade Agreement, Is It Constitutional?