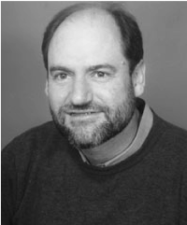 Ph.D in Political Science from the University of Heildelberg in Germany. Masters in Public Administration from the Higher School of Public Administration in Speyer, Germany. J.D. from the Universidad Externado of Colombia, with specialized course study in foreign human rights and constitutional rights. He was dedicated to public service for organizations such as the Constitutional Court, the Ombudsman Office, the Universidad Nacional of Colombia, and in the investigation of themes including electoral policy, human rights, and constitutional rights. He was a founding member of the Center for the Study of Law, Justice, and Society (DeJuSticia). Until March 2010 he held the position of Auxiliary Assistant of the Constitutional Court after having worked for the Ombudsman Office for three years- where he held the positions of Delegated Defender of the People for Constitutional and Legal Subjects and the position of the Delegated Defender of the People for the Monitoring of Human Rights in Public Policy. He was also dedicated to teaching especially at the Universidad Nacional of Colombia. He was invited as a professor and a speaker at universities and organizations in other countries. He was author and co-author of books and published articles on both the national and international level about the subjects of electoral policy, human rights and constitutional rights.

Abuses of the Secretariat for Mobility

Dignified and decent work in Colombia

The reform to the military criminal law

The abortion reform bill: will we achieve a reasonable debate?

What to do with immediate presidential re-election?

Colombia’s challenges as a mining country

What to do with the Supreme Judicial Council?

The Catholic Church and the pederasts

Chavez and the U.S. bases

The paltriness with the kidnapped.

The return of the Leaders

The End of “Meritocracia”: the merits democracy

The Fraud of the Merit Competition

What happened to Colombian diplomacy in this region?

Three lessons from the elections

The contempt to the armed fight

Internal democracy of the parties?

Repeat not the horror

The ghost of electoral fraud

What remains of the party system?

The drama of the elections in Peru

Will there be peace with the ELN (Colombian National Liberation Army)?

A win for Uribe and the left wing

The vulnerable power of the Colombian electoral

The Challenge of the New Public Prosecutor

Venezuela after the Recall Referendum of 2004