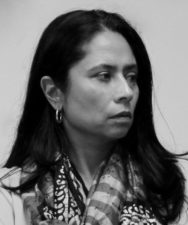 Katya Salazar is a Peruvian attorney and has worked at DPLF since 2004. After having worked as Programs Director, she assumed the direction of the organization in 2009. Since then, she has promoted a greater involvement of DPLF in the new challenges presented in the region. Under her leadership, DPLF created the human rights and extractive industries program and became involved in the defense of the inter-American system of human rights. Katya has authored various articles and has led several conferences on the topics in which she specializes, representing DPLF in many Latin American countries and the world. The central topics on which she works at DPLF are: judicial independence, inter-American law, the rights of indigenous peoples, access to justice, and transitional justice.