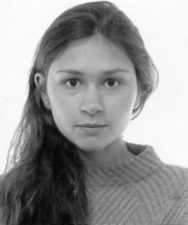 Marianne Laurence Neira Chene is a French-Colombian student, graduated from the Paris School of Political Science in France (Sciences Po Paris). She has just finished her first year of a Master’s degree in Economic Law at the same university. Throughout her academic career, she had the opportunity to do several internships in different countries, such as the Inter-American Commission on Human Rights in Washington D.C. (USA), or the NGO Children’s Care International in Montreal (Canada), which has reflected her commitment to the defense of Human Rights and Social Justice.  In addition to law, Marianne Neira is very interested in current Latin American social issues and has focused her studies on that region.

As part of a gap year, she is currently doing an exchange with the University of Los Andes in Bogotá (Colombia). In September 2021, she will start her last year of Master’s degree with a specialization in Global Governance Studies, which she will realize between the Paris School of Political Science in France and the University of São Paulo in Brazil.

In the future, she wants to integrate the Paris Lawyer School (EFB) and specialise in International Law and Human Rights.