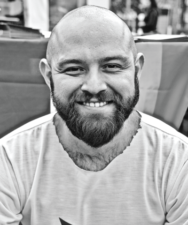 Mauricio received a B.A. in Law and Philosophy from the Industrial University of Santander. He holds an LL.M. from the Andes University and from the American University in International Legal Studies. He was a Fullbright Scholar and a “Otros saberes, otras justicias II” scholar of the Latin American Studies Association (LASA). Mauricio worked as Executive Director of the organization Diverse Colombia and has been a researcher at the Sociojuridical Research Centre (CIJUS) of the Andes University, the Colombian Jurists Commission, and Human Rights Watch. He is interested in constitutional law, law and social movements, law and sexuality, anti-drug policy, and public security. He is a columnist of El Espectador and a gay, lesbian, bisexual and trans rights activist.

Is it possible to build a bridge between the Catholic Church and LGBTI people?

The double standard of Viviane Morales

Constitutional Control for the Police Code

Being detained for arguing with the police?

The moon of Ms. María

For a vital minimum in La Guajira

A weak and temporary court does not serve peace

A decade of dignity

This is how the winter of the new inquisition has arrived

A letter to Christians

Voice and vote for peace

A referendum against families

To listen to those who say “No”

The joy of voting YES

The citizens of the street

The magistrates against hunger

The Congresswoman Against the Constitution

A Code for Police Arbritariness

Letter to the Solicitor General

My Body is Mine and I Decide

Equal Marriage Between the Lines

The Battle over Institutions

The Boys’ Club of Constitutional Law

A Referendum of Hate

The Secret of Peace

Bogotá Suspicious of Everyone

The Truth about the Stork

The Day the Court Heard Atrato

To Die in Detention

The Santadereanos That Did Not Love Women

In the Name of Islam?

The Santos Administration in Favor of Civil Liberties

Leonidas or On Santanderean Dignity

Bogotá: The Capital of Sexual Diversity

This Is Not a City of Fags

Solicitor General, Be Generous with Peace!

The Infamy Against Carolina

Santos and the Golden Candidates

Maduro against the Bolivarian Constitution

Interventions in lawsuits against four aspects of the New Police Code

Lawsuit to protect the right of access to public intelligence information

Intervention before the Constitutional Court in the revision of Decree-Law 249 of 2017, which regulates a specific hiring process for manual eradication for the implementation of the peace process

Intervention in Litigation against the Law of Zones of Interest of Rural, Social, and Economic Development (ZIDRES)

Is the new judicial governance model adopted by the Legislative Act 02 of 2015 or “Balance of Powers Reform” constitutional? Rodrigo Uprimny intervenes in public hearing before the Constitutional Court

Why are Victims of Forced and Illicit Recruitment De-Linked from Post-Demobilization Groups Have the Right to the CODA Certificate to Access Reintegration Programs?

Can a Criminal Law Judge Suspend a Land Restitution Process?