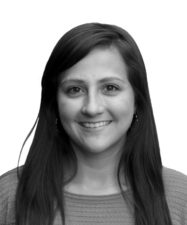 She also participated in the Child Advocacy Clinic. She was a summer intern at Dejusticia in 2015 in the Transitional Justice research area and at Kids in Need of Defense in Houston, working on the asylum and other judicial claims of immigrant and refugee children, in 2016. Before law school, she worked as a legal assistant on the immigration cases of detained unaccompanied children in Texas. At Dejusticia, she was a fellow in the Litigation area, sponsored by the Harvard Law School Public Service Venture Fund.

She currently works as a Researcher in the Internationalization area, with a focus on the displacement of people from Venezuela into other countries in the region as a result of the humanitarian crisis, and on migration and refugee issues more broadly.

My Name is Nobody