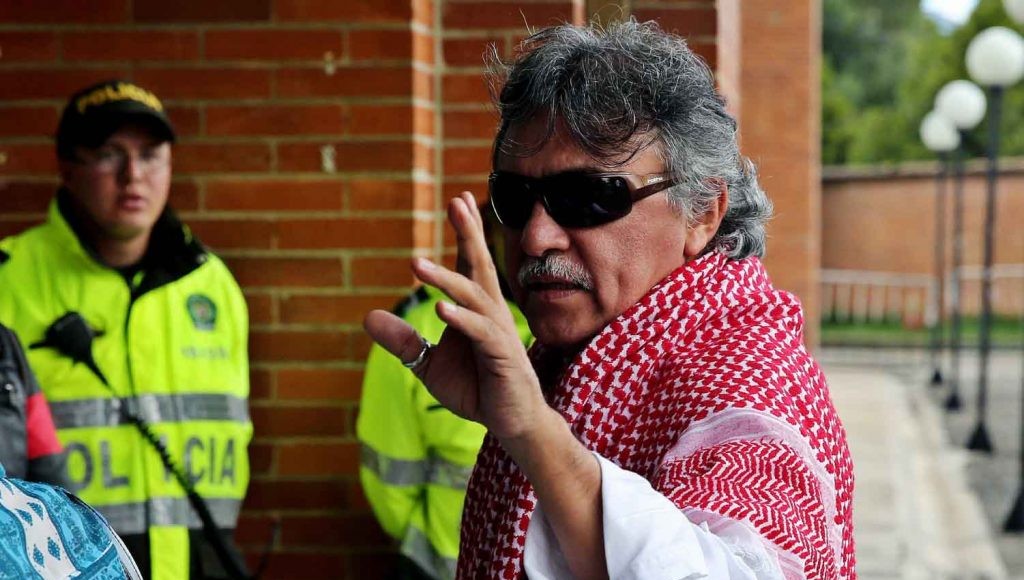 Contrary to what some sectors have argued, there is no evidence that there is impunity in this tribunal. | Leonardo Muñoz, EFE

Santrich Case: Dejusticia Defends and Respects the Autonomy and Independence of the Special Jurisdiction for Peace (JEP)

In the face of this controversy, Dejusticia calls on the Appeals Section (Sección de Apelaciones) of the JEP to clarify the special rules on evidentiary matters which apply to the guarantee of non-extradition.

The Special Jurisdiction for Peace (JEP) administers justice according to the terms of the Colombian Constitution. Its decisions must be respected, even though they can be criticized and controverted through other respective channels. We are aware that the JEP works under political conditions inherent in a society in transition and therefore must make decisions based on novel and complex rules.

Contrary to what some sectors have argued, there is no evidence that there is impunity in this tribunal, which is demonstrated by the following facts. First, the case of “Jesús Santrich” was decided on the basis of multiple rounds of robust deliberation, which led to a divided vote in the Review Chamber (Sección de Revisión) – three magistrates in favor and two against withholding the extradition. Second, on the same day as this decision, the JEP reissued the arrest warrants issued by the Attorney General’s Office against alias “El Paisa,”  one of the FARC’s main commanders, to appear before the JEP. Third, the JEP has been consistently making decisions on extradition requests; out of 58 requests, the JEP has permitted the extradition of 43 people charged with various crimes, including drug trafficking. Finally, the guarantee of non-extradition does not generate impunity because, in any case, the allegations against Jesús Santrich must be further investigated and adjudicated, if necessary.

The guarantee of non-extradition for former FARC combatants implies a great deal of complexities that have generated divergent positions in favor and against the decision, as there is neither a consensus on the standard of evidence to be applied, nor the scope of the judges’ powers to issue and evaluate other evidence.

The Review Section convincingly states that the evidence provided by the United States and by the Office of the Attorney General is, according to Colombian law, unlawful, irrelevant or insufficient to determine the date of the activities in question. However, in the dissenting opinions, two justices provide reasonable arguments regarding the standard of proof and the duty to gather and evaluate additional evidence.

Read our statement on the Santrich case in Spanish

We believe that in cases related to the guarantee of non-extradition, the highest burden of proof should be applied, and if there is doubt, the Section should refrain from approving the extradition until the evidence which would allow them to resolve the doubt is collected or gathered. In this manner, it would guarantee that in the face of limited or insufficient evidence, the suspect would remain in Colombia at the disposal of the JEP and is able to respond to accusations of crimes they may be accused of in order to satisfy the rights to truth, justice, and reparations of the victims of the armed conflict.

In the face of this controversy, Dejusticia calls on the Appeals Section (Sección de Apelaciones) of the JEP to clarify the special rules on evidentiary matters which apply to the guarantee of non-extradition.

Finally, we reject the Colombian Attorney General’s contempt of this judicial decision. Instead of fulfilling his constitutional duties of continuing to investigate the case, Martínez decided to resign, thereby promoting a deinstitutionalization of the judicial system and confirming his lack of collaboration with the administration of justice for peace.

The Special Jurisdiction for Peace cannot forget crimes against children

Reasonable management for the Special Jurisdiction for Peace