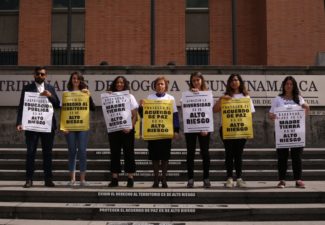 The decision emphasized that the fundamental rights of human rights defenders are not suspended at any time and that includes states of emergency. Therefore, the COVID-19 pandemic cannot be an excuse for not complying with the orders of this decision. 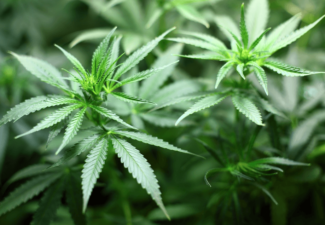 The growing risks of the war on drugs can no longer be ignored. On June 26, organizations from around the world will come together under the slogan “Support. Do not punish.” In Colombia a special event will be held in Medellín this Friday 23.

Dejusticia, alongside other organizations, intervened before the Court in the case of a trans woman who saw her rights to identity and dignitiy violated by the state not allowing her to change her sex on official documents.

The Constitutional Court ruled in her favor, and the ruling served as a precedent for the Decree 1227 that now allows people to change their sex on official ocuments through a notarized deed.

The International Agency for Research on Cancer of the World Health Organization (WHO), released it’s World Report on Cancer for 2014 last Monday, February 3, 2014.

A mistaken defense of the “tutela” write is leading to the reform that many critics of this vital tool to protect citizens rights have sought.

The blunt and candid declarations made by Bayer’s CEO Marjn Dekkers’ declarations opened up a discussion about the risks that patents bring to health care.

Since 2011, Coalition 1325 has drafted a report on UN Security Council´s Resolution 1325 monitoring the implementation of the Resolution in Colombia. This year, given the peace dialogues between the Colombian Government and the FARC-EP, this report is especially important because Resolution 1325 calls upon signatory states to include women in peace processes and post conflict scenarios, and to guarantee the rights of the women victims of armed conflict.

Land reform in Colombia, while politically sensitive, is necessary to stabilize the country and end a violent conflict that has plagued Colombians for more than half a century. Colombia’s internal fighting has deprived millions of their land and livelihood. Adopted in June 2011, Colombia’s Victims and Land Restitution Law, also known as Law 1448, is an important advance in providing restitution for those displaced by the conflict.

It is contradictory for the Government to accept responsibility before the Inter-American Court of Human Rights (ICHR) for two of the disappearances at the Palace of Justice and for the torture of two of the detainees, but then try to minimize its responsibility with regard to the other nine missing persons or the execution of Clerk Urán, by saying that what happened was a merely a governmental failure, but not a disappearance or execution.

In the Palace of Justice hearing, the government representatives gave with one hand what they took with the other.