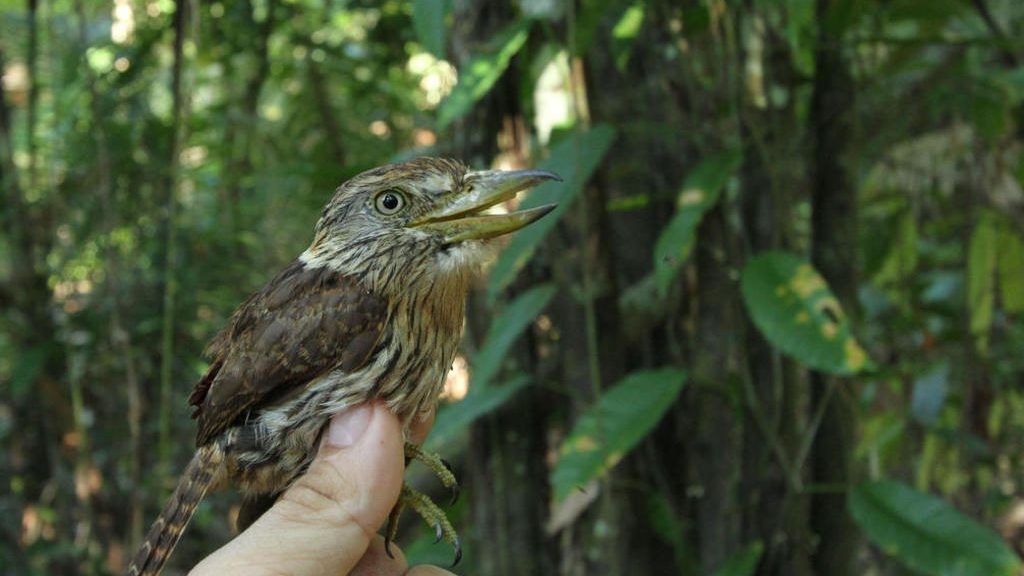 The dark side of conservation

The conservation of nature and biodiversity is a legitimate goal, but what are the costs and power dynamics behind the traditional idea of “conservation”? Who is it benefiting and who is carrying the costs?

Last week’s news on the Brazilian government opening up a huge chunk of a natural reserve in the Amazon rainforest to mining, got me thinking about conservation and the complex issues it brings. Obviously, almost everybody reacted against mining and urged the government to protect and conserve the world’s most important lung. However, it seemed to me there wasn’t much discussion about what type of conservation would be ideal and how to make it happen. Some just blindly stated that conservation was the best, and only, option. And this made me reflect on conservation.  I do not wish to promote mining over conservation, and I do believe that Temer’s and other Latin American government’s policies on extractive industries should be revised. However, this does not mean that strict conservation should not be questioned.

Evidently, when faced between mining and conservation, most of us would blindly opt for conservation. However, as most modern day issues, there’s always a gray line, and not everything is as good as it seems. Conservation and protected areas are not the utopia that airline magazines and National Geographic documentaries try to sell. A more profound look at what a strict notion of conservation actually entails for communities and the way it generally tips the balance back to powerful players shows that there is, in fact, a dark side of conservation.

First, let’s talk about the impacts that the protection of biodiversity and natural resources has on the communities that have traditionally occupied these rich ecosystems. A few years ago, in the celebration of the 99th anniversary of the US National Natural Parks, Survival International, an indigenous rights advocacy organization, launched a campaign named “Stop the Con”, which was meant to challenge “the destruction of tribes and their lands in the name of conservation”. The campaign was a reminder that long before national parks became a popular tourist destination, thousands of indigenous and traditional communities were violently evicted from the lands they had inhabited and helped to preserve for decades. The traditional approach to conservation has portrayed it as incompatible with the presence of communities and has worsened the lives of thousands of Native people.

More than a hundred years ago, the Ahwahneechee Indians who resided in what is now known as Yosemite Park, were expelled from their territory by soldiers who “discovered” the valley; those who stayed or came back, were violently evicted by park authorities in 1969. And this trend still goes on today.  In recent years, Dejusticia has been working for the defense of the Endorois community in Kenya, which was evicted form its ancestral lands to make way for a national reserve and tourist facilities. And just last year, the government of Botswana announced a shoot on sight policy that ended up hurting and killing several members of the San tribe, who have used the vast Central Kalahari game park as ancient hunting ground.

This situation is happening all over Asia and Africa; indigenous and traditional communities are continuing to be appallingly treated and abused in the name of a erroneous conservation approach that carries a heavy human cost. Massai groups in Tanzania have been evicted from a 1,500 sq km area close to the Serengeti, Maasai Mara and Ngorongoro national parks. In 2009 3,000 Massai people where left homeless. In northern Thailand, thousands of ethnic Hmong and Karen hill tribes have been classified as “illegal occupants” of the lands they have lived on for centuries and that have now been designated as national parks or natural reserve. In India, the Baigal people have been displaced from the Kanha Tiger Reserve, even though they do not hunt tigers and have lived sustainably in such lands for years.

Colombia, however, does not escape this trend. Even though indigenous communities are allowed to live in natural parks (with severe limitations on what they can and cannot do), other prior inhabitants, such as peasant communities, don’t get the same treatment. Even though thousands of peasant families inhabit national parks, some of them even decades before the park was declared, the government insists that they should be relocated and that their practices (in some cases very similar to those of indigenous communities) are not sustainable and threaten biodiversity and wildlife.

The pressing question is: what are the benefits of this people v conservation approach? Does evicting prior and traditional inhabitants actually favor conservation? The irony is that it doesn’t seem to be working. A recent analysis of 34 protected areas in Africa found that conservation has displaced thousands and led to human rights abuses, but that the wildlife is still declining at alarming rates. As the director of the UK’s Rainforest Foundation has stated, “not only is the present anti-people model which is being practiced unjust. It marginalizes the very people who have protected forests for millenniaand who represent one of our best hopes for doing so in the future.”

So, who benefits from this approach? Apparently, the same powerful side that always does. Governments are receiving thousand of resources from declaring protected areas; they’re taking advantage of the billions of dollars offered by global banks, northern governments and foundations for climate change and biodiversity protection, but are not protecting the natural guardians of these lands.

And they should. Studies of the World Resources Institute, among others, show that the best way to protect forests and natural ecosystems is by recognizing or granting rights over the land to the communities that inhabit them. Areas in which governments protect communities rights have lower rates of deforestation than those in which the strict conservation vs people approach is put in place. Besides, securing community forest tenure has also economic benefits, both for society and rural people.

Moreover, if communities are involved in conservation and can take advantage of the benefits it brings, it’s more likely that they will embrace it and prevent any thing that might threaten it. There are several examples that show that communities and conservation can coexist. For example, in the Colombian amazon, an indigenous community who already had territorial rights over their land asked the government to declare a national park over it, so that it would have a higher protection against mining. This shows that communities can embrace conservation, and that they’re not mutually exclusive.

The bottom line is that there are many sides to every story. After a more profound look at the idea of conservation, it is not so easy to stand with those who say that the only future for the Amazon is strict conservation. Of course, mining the rainforest is not the way to go. But insisting on a conservation model that has had such a high human cost and that has not necessarily had the expected outcomes is also complicated. We need to start questioning the idea of strict conservation, seeing the money and power dynamics that flow beneath it and working on a new model that works with traditional communities that have acted as guardians of nature for hundreds of years and not against them.

Featured photo:  The Rapazinho Estriado do Oeste bird, discovered in conservation or nearby areas in the Brazilian Amazon. Credit: EFE/Fabio Schunck/World Wildlife Fund.