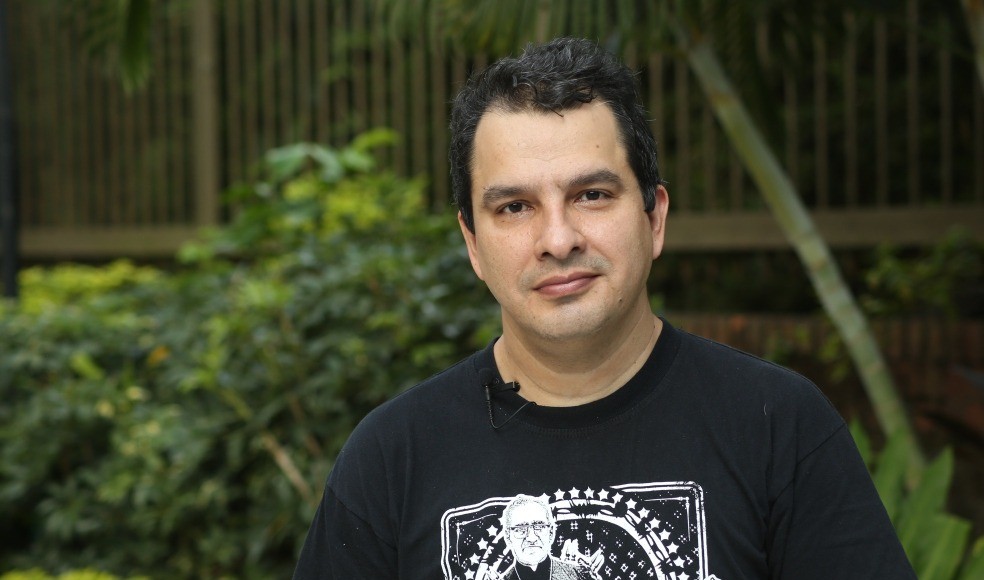 The director of the Venezuelan NGO, Provea, visiting Colombia on invitation from Dejustica, speaks about the escape of prosecutor Luisa Ortega and the possibility of a new wave of protests in principal cities around the country.

The cinematic escape of the ex-prosecutor, Luisa Ortega from Venezuela to Colombia, and later to Brazil and Costa Rica, has been full of denunciations of corruption against government ministers, Presidential advisors, and the President himself, Nicolás Maduro, who Ortega accuses of embezzling at least US $8 million from the national treasury.

But Luisa Ortega has not always been this way. Within a year, she went from being one of the most well-recognized faces of the Venezuelan government to its biggest political enemy. “We could say that the prosecutor is suffering from spite, an ideological and political nostalgia for the political project to which she dedicated much of her life, and that now she is completely disoriented,” says Rafael Uzcátegui, director of Provea, one of the most recognized human rights research-action centers in Venezuela. Uzcátegui was a participant in Dejusticia’s Fifth Global Workshop, which met last week in Bogotá with 15 activists from around the world, whose organizations are being persecuted by authoritarian governments.

For the director of Provea, “from a political point-of-view, it is very interesting that the Prosecutor General under Chavez is now running away from chavismo—although she continues to identify as supportive and militant in the project that Hugo Chávez represented. What we are seeing today is persecution by madurismo against everything that is opposed to it, including chavistas. Let there be no doubt that we are in an environment absent of democracy, where a dictatorial electoral team is attempting to hold onto power.”

What do you believe is the chavismo that the dismissed prosecutor Luisa Ortega, now on tour around Latin America, still defends?

The project was founded on the cult that surrounded the personality of the charismatic leader; but when Hugo Chávez died, what was left of his legacy was nothing more than a variety of interpretations. Those who rose to power used this image however they wanted. The democratic chavistas, like Luisa Ortega, are frustrated because they believed in the possibility for change that the 1999 Constitution represented—which was very well received by a great majority of Venezuelans. They watched that vision cut short by the death of their leader, and now more so by Nicolás Maduro making the decision to abolish that Magna Carta and replace it with the National Constituent Assembly. This was a decisive act, as it proved that many chavistas are no longer part of the same project as Maduro.

Do you believe that madurismo will be the end of chavismo?

Not at all. Chavismo as a political identity will continue. It’s not going to disappear. Even if tomorrow, Nicolás Maduro leaves power and is replaced by an opponent, chavismo is going to endure. That is why it’s necessary to learn how to coexist and understand the expectations of the segment of the population that the party represents.

How would you explain why Luisa Ortega, while she was serving as Prosecutor General, was not opposed to Maduro’s government?

I believe that Ortega has left the government’s “communication prison.” When one leaves that straightjacket, they start to recognize situations and nuances that they couldn’t see before. The government has hegemonic control over communications, which continues to divorce what is real from what public officials say about what is happening in Venezuela.

Are there Venezuelan politicians and citizens who are completely unaware of the Venezuelan crisis?

Absolutely. In Venezuela, being informed requires a great effort. The government has created a strategy to control the information that is shared, which as been very successful. They have eliminated the most important television networks and they control what is transmitted on cable television. We only have the most recent episodes from Caracol TV. Aside from that, the government has taken away the licenses of many of our radio stations, and print media has, more or less, become vulgar political propaganda, full of grotesque tones and and insults against the opposition. The strategy is to force people to have an incomplete idea of reality—even though they are suffering, even though they don’t have money or food.

How have social organizations responded to this lack of truthful information?

In a crisis like ours, human rights organizations should play an active role in recuperating democracy. For us, it was clear that we had to confront this communicational hegemony. So, we dedicated ourselves to explaining to the people what was happening. When we decided to call Maduro’s government a “dictatorship,” we had to explain why this type of government constitutes a modern dictatorship, which is much different from those of Pinochet (Chile) and Videla (Argentina). The challenge of communicating in a country like Venezuela is that we have had to get rid of the technical language of human rights and experiment with language that is simpler and more straightforward. We have had to experiment with tools such as comics, micro- radio programs, press columns, and animated infographics that we share on social media and chats to provide information about what is going on in our country.

After four months of protests, more than 120 dead, a plebiscite, elections for the Assembly—do demonstrators still have energy?

There is exhaustion. After months of intense protests (around 26 per day around the country), there is naturally going to be fatigue. However, there is also frustration and anger because the goals that the people had were not achieved and the situation has worsened. The environment is such that some people are looking for who to hold responsible for the failure of the peaceful social mobilization. The people feel like they wore themselves out, and in return they got a government that is in crisis, but has still managed to remain in power. There is a disappointment in the opposition leadership—politicians who encouraged people to prepare for acts of disobedience and resistance, only to later call them off. They cancelled meetings, sit-ins, and marches. But I’m sure that this won’t stop protests in Venezuela. The next cycle will come soon enough, motivated by economic conditions, which are oppressive. And surely future demonstrations will have some continuity with those from the past—though they will also bring new things. I fear that many people believe that, because the peaceful protest strategy failed, they must find other mechanisms—like violence.

Not long ago, an official newspaper accused your organization of commiting “hate crimes,” because you created a website denouncing those you consider to be violators of human rights. Do you believe that at some point you may be imprisoned?

Along with Foro Penal and the NGO, Transparencia Venezuela, we are perhaps the most criticized activists in the country. We believe that after the persecution of the prosecutor came the persecution of members of the Assembly who participated in the protests. Then it was the persecution of other unions and social organizations, such as ourselves. For the first time in 28 years, we have activated the highest security protocol at Provea and we are preparing ourselves in case they decide to pursue us. It’s difficult, because in the beginning we thought that if we were given an order seeking to deprive us of liberty, we would simply leave Venezuela. However, now that we have seen the feeling of frustration and anxiety that the people have when social and political leaders decide to go into exile, we feel like we have to resist—so that is what we are doing.

Read the interview in Spanish in El Espectador