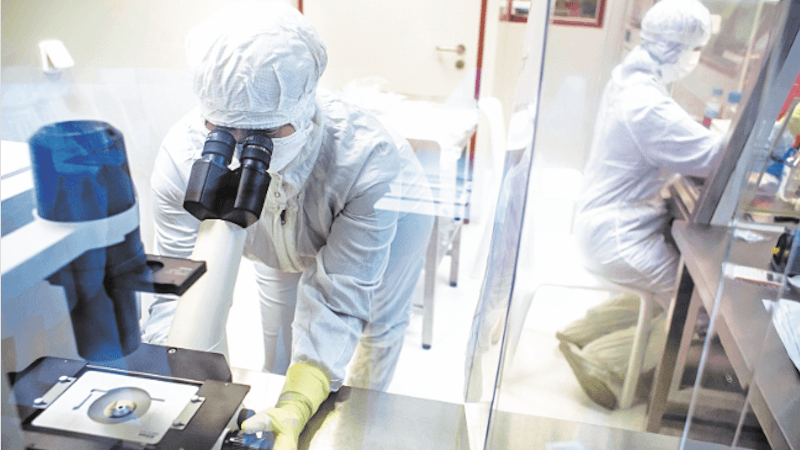 The idea of this panel is to complement our work with the natural sciences.

Among those invited, there is a botanist, a biology expert in marshes, a medical surgeon, a geographer, a civil engineer, a sociologist, an economist, and an anthropologist. For now, it works as an arbitration panel or an ethics committee. The group of experts receives the information on a problem and with their previous experience, they must offer ideas about the kind of intervention that we can make.  Find below a short blog written by Pablo Correo for El Espectador on the panel.

Scientists come out of the lab

By Pablo Correa
Published in El Espectador
May 9th, 2017

César Rodríguez, Dejusticia’s Director, an organization that supports strategic judicial cases, has always been around lawyers. Some are experts on international law, others on gender issues, some on constitutional law, but at the end of the day, they are all lawyers.

Six years ago, when he travelled with a group of social researchers to understand the conflict unleashed by the construction of the Urrá hydroelectric plant and support the Embera communities’ demands, the leaders told him that if at the beginning of the problem hydrologists and river experts had visited the site to explain the impacts of the hydroelectric plant, the story would be different.

“I kept thinking about this. The knowledge that lawyers and the social sciences can bring to a community is limited. I started thinking about how we could interact with other sciences,” says César Rodríguez.

In the United States, many scientists are used to giving some hours of their time to social causes. César feared that that model would not work well in Colombia so, with the support of international funders, he decided to invite a group of scientists to make up an advisory panel working alongside lawyers. Among those invited, there is a botanist, a biology expert in marshes, a medical surgeon, a geographer, a civil engineer, a sociologist, an economist, and an anthropologist.

“We are experimenting. For now, it works as an arbitration panel or an ethics committee. The group of experts receives the information on a problem and with their previous experience, they must offer ideas about the kind of intervention that we can make. If they are later interested and up to the challenge, we look for ways to actually do it. It also works as a knowledge network,” says Rodríguez.

The experiment of Dejusticia is one of the paths that scientists who traditionally take refuge in universities and academia in Colombia are beginning to take. Some businesses have also begun to see the value of integrating people with PhDs and a high degree of specialization to their staff.

Mariano Ghisays, executive president of the company SuperBrix, based in Barranquilla, Colombia, says that the success of his business in a changing world is due to his commitment to innovation. The company, which manufactures machinery for processing cereals, was the first in receiving co-financing credit by Colciencias (the public entity promoting technology, science, and innovation). In 1989, with the support of the Universidad del Norte, they developed an oven to use the husk of the rice as fuel. “Today, taking advantage of waste material is one of the projects with the most potential,” says Mariano.

This first experience showed him that collaborating with universities and researchers could improve his position in the business world. Since then, his company has collaborated with other five universities, SENA (the public entity offering training courses and programs), and technological support centers. And the 130 workers in the staff were joined by two more people with a PhD and several engineers with a master’s degree.

“We are odd creatures in our sector. It is not common to hire these type of professionals,” says Mariano, who for seven years participated in the board of directors of Colciencias, attracted by his interest in promoting science among other businesspeople.

Marcela Carvajalino, vice-president of corporate affairs at Procaps, has also witnessed the positive results of getting scientists outside of the lab to engage them in different challenges. Instead of copying products of other businesses, they have decided to develop their own. And to achieve this, they have created a culture of innovation. Among their achievement there is a list of 18 patents in different countries and 25 more that are in the process of being patented. One of the most successful ones has been Unigel, a pharmaceutical product that incorporates several medical drugs in one single capsule.

“The word scientist tends to scare people and generates exclusion in the Colombian business sector. We prefer to talk about research, innovation, and development–says Marcela–, “part of innovating is being humble and understanding that we have to learn. We do not see innovation as a cost. This is a mistake. It is an investment in us.”

In 2013, the European Union proposed that the interaction between science, politics, and citizens was one of the most important tools to solve certain problems. In the document titled “Green Paper on Citizen Science,” they highlighted projects like GAP2, in which scientists and fishing communities work together to monitor and manage fisheries. Also Wesenseit, an initiative of citizen watch groups for water management. Or Citalops, in which citizens and scientists collaborate to monitor the state of coasts.