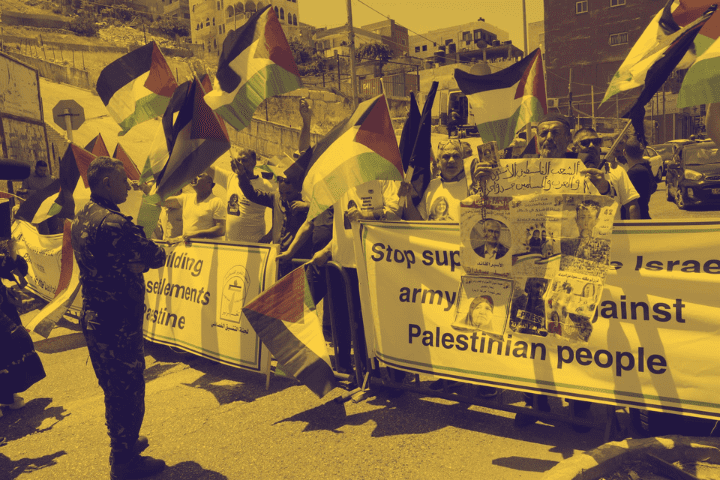 At the behest of the Association of Civil Rights in Israel, INCLO member organizations sign
this statement in solidarity with the Palestinian NGOs raided by the Israeli military. In support
of the six organizations that have been designated as “terrorist groups” under Israel’s
anti-terrorism law, we call for the Israeli government to immediately reverse its decision and
remove them from the list of terrorist organizations.

On August 17, 2022, the Israeli Military Commander denied the appeals submitted by five of
the six organizations against the military order designating them unlawful associations,
following which Israel’s Minister of Defense ratified three of the NGOs as terrorist
organizations. The same evening, the army invaded the offices of the NGOs, confiscated
equipment, and welded the doors shut. This is a prime example of the political persecution
conducted by Israel against Palestinians who speak out against the occupation.

Even after nine European countries who had temporarily ceased their funding of these
NGOs rejected Israel’s claims following the examination of the materials transferred to them
and the EU Commission, Israel continues its persecution campaign. By raiding the offices of
the human rights organizations and confiscating documents, Israel reconfirms its declaration
without any evidence or proof of the serious accusations leveled against the NGOs.

The work of human rights and civil society organizations is a key element in stopping and
preventing human rights abuses, in particular among populations suffering from continuous
and deep harm such as that caused by the Israeli oppressive regime.

Today, as before, we offer our full support to these organizations that contribute to the
defence of human rights including through legal aid and representation of children and
political prisoners in the Occupied Palestinian Territories and condemn any type of
criminalization and persecution of human rights defenders. We are particularly concerned for
the safety of human rights activists and employees related to the aforementioned
organizations and expect every effort to be made on behalf of authorities to maintain their
wellbeing. Anti-terrorism laws should never be used to target, criminalize, or incarcerate
human rights defenders.