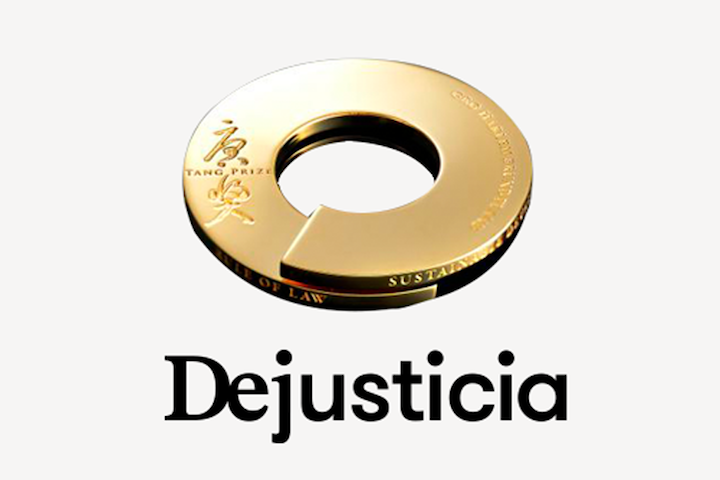 Dejusticia, a Colombian think-do-tank with 15 years of history, is one of the three organizations in the world awarded this year with the Tang Prize in the Rule of Law category, and the first Latin American laureate in the history of the Tang Prize. Th

Dejusticia, a Colombian think-do-tank with 15 years of history, is one of the three organizations in the world awarded this year with the Tang Prize in the Rule of Law category, and the first Latin American laureate in the history of the Tang Prize.

This award, delivered biennially since 2014 by the Academia Sinica (Taiwan), recognizes, in this category, individuals or institutions who have advanced in legal theory or practice and who have influenced and inspired contemporary societies in the application of the rule of law with their work.

In 2020, for the first time, the Tang Prize Selection Committee did not grant this distinction to individuals, but jointly to three non-government organizations: Bangladesh Environmental Lawyers Association, Legal Agenda (Lebanon) and Dejusticia Action Research Center (Colombia).

According to the official communication of the Tang Prize, this recognition is given to us for several reasons: “For their efforts to promote the law and its institutions, for education and support for human rights causes. For using innovative strategic litigation, founded on rigorous research. For demonstrating exemplary perseverance in promoting individual, social and environmental justice, in regions where the foundations of law are at serious risk.”

The Prize also recognized that, like the organizations in Lebanon and Bangladesh, we have contributed to the promotion and improvement of the law and its institutions, we have fought for government action to serve the purpose of the law to protect people, and with training and support to the causes, we have advanced in the public understanding of the law, promoting the idea that everyone can contribute to the exercise of rights.

In its previous editions, this category of the Tang Prize had been received by emblematic figures of global justice: In 2014, it was awarded to Albie Sachs, activist and former judge of the South African Constitutional Court who fought against apartheid in that country; then, in 2016, the award was given to Louise Arbor, former high commissioner of the United Nations Office for Human Rights, and two years ago it went to Joseph Raz, one of the world’s most influential philosophers of law.

Vivian Newman, Executive Director of Dejusticia, appreciates the generosity of the Tang Prize organizers and stresses that this recognition is “as if it was an achievement for the Colombian Constitution, which guides our struggle for real justice”, and a drive for the team that makes up our organization, “which uses the Colombian Constitution as a mechanism to transform reality, to change the status quo in opportunities for participation and equality.”

For his part, Rodrigo Uprimny, founding member of Dejusticia, highlights that the Tang Prize is not only an honor for our organization, but also validates the value of the grounds on which Dejusticia was founded in 2005: creating bridges between academic research and human rights activism. Furthermore, he stresses that it is an honor that the award comes from Taiwan: “Taiwan and Colombia are very different countries, but despite that they share challenges. We both fight authoritarianism and promote the rule of law in very difficult contexts”, and concludes that we also understand this award as the recognition of common challenges and struggles between the two countries.

The official announcement of the Tang Prize Rule of Law category of will be made next Sunday June 21 at 10 am (Taiwan) – Saturday, June 20 at 9 pm (Colombia), 10 pm EST.

About the Tang Prize

The Tang Prize was established by Taiwanese businessman and philantropist Dr. Samuel Yin, Chairman of the Ruentex Group – a Taipei-based conglomerate dedicated to the education, health, real estate and insurance sectors, and the textile industry. Dr. Yin has assured that establishing the award has been one of his greatest dreams: “I hope that the prize will encourage more research that is beneficial to the world and humankind, promote Chinese culture, and make the world a better place.”

The Tang Prize recognizes four categories: Sustainable Development, Biopharmaceutical Science, Sinology, and Rule of Law. Its purpose is to promote the interaction and cooperation between culture and technology to find a method for the world’s sustainable development in the 21st century.

The nomination criteria for the Tang Prize emphasize innovation, social value and influence. This emphasis on addressing current social needs helps distinguish the Tang Prize from the Nobel Prize.

The nomination and selection of winners are conducted by an independent selection committee, which is formed in partial cooperation with Academia Sinica. The Tang Award Selection Committee is comprised of four separate committees, one for each award category. Committees invite respected academics and institutions from around the world to submit nominations.

Awarded every two years, the Tang Prize gives each category a cash prize of US$ 1.33 million. Additionally, award winners or organizations in each category receive a research grant of up to US $ 0.33 million. If multiple candidates (up to three) are selected in the same category, the cash reward and the subsidy are shared, as is the case this year in the Rule of Law category.

Founded in 2005, Dejusticia is a Colombian human rights research and advocacy organization. Through campaigns, capacity building, publications and strategic litigation, Dejusticia has worked to safeguard human rights and strengthen democracy.

For interviews or information about this recognition, please contact: