In a global environment marked by the political and financial weakening of universal and regional human rights systems, a  large number of civil society organizations have worked both individually and collectively to promote reforms that counteract these forces and to strengthen human rights bodies. These initiatives for reform address the United Nations Treaty Bodies; the Inter-American system’s bodies; the African Commission on Human Rights and People Rights, and the European Court, among others. Although not wholly identical, these efforts — and the politics that drive them — have much in common. Also, the systems have been harshly criticized precisely because they have managed to progress despite government hostility and adversity.

In each of these systems and the respective reform initiatives, civil society organizations confront similar key challenges. First, CSOs have to divide their efforts between their roles as users of the international system and “defenders” of the system. Second, when governments and anti-rights actors use or abuse the language of “reform” to weaken the independence of these systems or limit the scope of international supervision, CSOs face a dilemma of how and to what extent they should conduct diagnostics and critiques of the systems, as these may further discredit them.   We know little about the types of strategies utilized by CSOs to manage the challenges, and how they can be shared across civil society networks.

In response to the gap in knowledge and reflection on the reform initiatives Dejusticia  through an informal partnership created in 2011 “Red para el Fortalecimiento de Iniciativas Sociedad Civil frente a Propuestas de Reforma de Instituciones Internacionales de Derechos Humanos” (The Red) with support from the Learning Collaborative Initiative convened scholars, practitioners and activists from Africa, Americas and Europe.   The meeting of the Red pursued three main goals: to review reform initiatives; to identify and analyze institutional and legal arguments used to support calls for reform; and to develop new, proactive strategies to accompany the so-called “strengthening process” of the Inter-American Commission of Human Rights. Thanks to the support of the Learning Collaborative Initiative, The Red could organize this first of its kind learning/reflection space to proactively confront new reforms in the Inter-American System.

Takeaways and next steps for continuous exchange

The initiative was instrumental for The Red and resulted in six main lessons:

1. International human rights bodies must act early and proactively. Hostile governments seek to shape “reform” processes by attacking systems’ weaknesses. Defensive responses from the human rights bodies have proven to be ineffective or counterproductive. When they have taken proactive steps to address stakeholders’ concerns, such attacks on “reform” processes were contained and the bodies’ powers were largely preserved.

2. Political ideologies are not crucial to determine state action or alignment. We must undertake a more sophisticated mapping of actors at different moments of the process to identify crucial allies, hostile actors, and opportunistic approaches, among others.

4. Dejusticia and other organizations must develop institutional capacity to follow through lengthy and time-consuming processes, including allocating human and financial resources to monitor them. Both the so-called Interlaken Process in Europe and the 2020 Reform Process of the Treaty Body System have lasted for over a decade.

5. Lingering effects can be problematic for institutional practice and culture even if no significant change seems to be achieved. Although some of the processes have not resulted in significant amendments to international instruments, harsh attacks on systems may result in self-restriction of certain bodies. Civil society monitoring is critical for us to identify and correct these problems.

6. Reach agreements in principle, then work out the details along the way. From a civil society perspective, it may not be possible – or advisable – to coordinate a single, unified response to many threats against human rights systems. The most effective campaigns have combined fundamental agreements on the principles to be upheld (i.e. preserve independence of the system; guarantee that any reform will protect right holders) with the freedom of CSOs to propose different – and even opposing – specific institutional arrangements.

The Red is reflecting on these lessons to develop an improved model of collaboration. Firstly, this initiative helped the Red to understand that moving to a more proactive role requires CSOs to consider substantive debates on the role of the international systems vis a vis the capacity of internal democratic mechanisms to respond to human right needs. Secondly, the Red is reflecting on how to broaden its network, especially by identifying academic partners. Finally, the Red aims at taking advantage of the interconnectedness of these processes to assure that it regularly uses and shares inter-systems experiences and lessons. 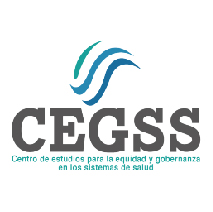